The old order is about to die. Yet a new one is not in place.

Industrialism and the ideologies that were born with it keep on playing out their role or need to move focus. Loosening of the power structure creates unrest and friction between communities economically, politically and religiously.

The term “liminality” is taken from anthropology and coined by the French anthropologist Arnold van Gennap who was active during the first half of the 1900s. The concept names the stage in a ritual which occurs between the starting position and the state you want to achieve during a rite of passage.

We use the term to describe the state we find ourselves in. In the midst of the crisis whilst the old economic and social systems collapse, but new options are still lacking.

On this basis, we will show two works: video work xx together with the sound work

The video work consists of two projections of people who are on their way out ticket barriers  at metro stations Östermalmstorg and Skärholmen leading up to two distinct parts of the Stockholm: a Million-program suburb and the city’s financial center. Like waves of people welling up from the underworld, in slow motion.

The work carries references to ”Workers Leaving the Lumiere Factory” (1895) by the Lumière brothers, one of the world’s first movies, produced in a time like the one we find ourselves in now. A time fully on its way into the industrial society and modernity, through the machinery and automation of work harbored by the factory. Now we leave that era behind, with the help of other machines, a different kind of automation but with the same fundamental change in society and culture as a consequence.

The work also references the English artist Mark WalliInger’s piece ”Threshold to the Kingdom” (2000) which similarly shows people on the way out of the customs area at City Airport in London UK. In this film, people leave a sort of gap, a nowhere-land, between two worlds and walk back into the ordinary world. The airport’s departure and arrival terminals before and after the trip, as transcendent space.

Frozen in the middle of the state of liminality, through the journey from one place to the other, in how they are entangled in time’s fluctuations, changes in society, but also in how they, by traveling to a different location than where they started also place themselves into a possible rebirth. The person on the border, in passageritens centre stage, carrying the potential for change.

(Skärholmen and Östermalmstorg are located at the two ends of the Stockholm socioeconomic spectrum, strictly segregated by the city’s highly segregated housing situation. They are also on the same subway line.)

In the sound work  today’s surging people form a connection with what those at modernity’s birth tried to understand in their time of rapid change and what this did with the experience of a firm and lasting identity.

A series of fragments from Virigina Woolf’s novel The Waves are woven together now and then, the suburbs and the inner city, elite and exclusion. The same thoughts, the same fears and hopes of rest and security tucked into the quagmire of chnage afflict the people who are in the border state.

”You can not live outside of the machine for more than maybe half an hour.”

As a motorway noise of colliding sentences, a sea of competing statements, the voices form a sort of chorus, consistent in their search.

Displayed in the inner room is the A collection of street posters gathered from all over the world since 2004. From the extreme political to the purely commercial, events that have already become history scream out messages and propaganda intended for city streets in a special purpose. Things that have happened but are now passed and only remain as fragmented traces.

Messages written out from walls in the public domain, some of decisive events, presidential elections and protest marches, others small events, important for a few.

NATO campaign in Afghanistan, Trump’s election campaign, propaganda of suicide bombers, the presidential election in Ghana, the battle for the  Finnish humor on DVD and a missing dog in New York. 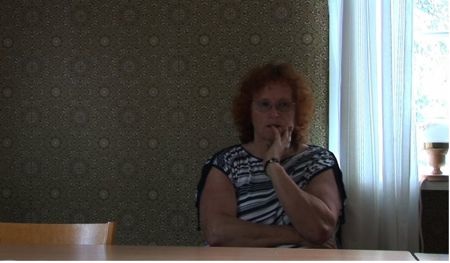